I was privileged to attend the Cultural Festival at the Nan Hua Buddist Temple in 2011. After a two hour drive, I was glad to finally be out the car only to be met by a horde of people! The attendance was massive and the crowds were greatly entertained at the opening ceremony held in the courtyard in front of the Main Shrine. 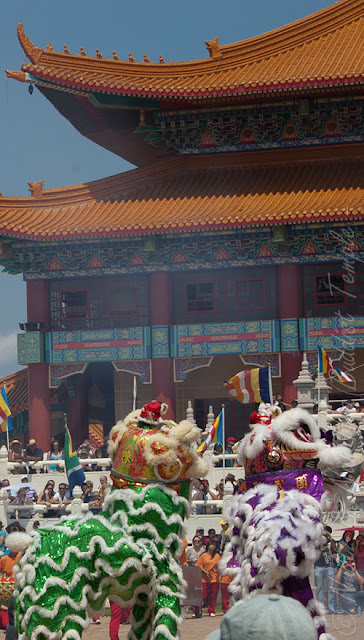 2011 ushered in the Year of the Rabbit for those that follow the eastern religions and philosophies. Rabbit brings us "Skilful Wisdom, enlightened heart" which to me is the perfect time to change my perceptions: think before I act, be mindful of my words. An exciting year in deed.


Around the main shrine were various stalls selling holistic goods, traditional foods as well as typical market goodies one would expect to find at such an event. Most of the retail goods were things you could find in your local Chinese store. Not everything was common place. A particular stall dealt with traditional calligraphy. One of the rolled up bamboo mats (seen below) was being sold for over R1,000-00. Pricey but expected as this is a dying art form - as far as I know.


In the food section, there were no meat products. Some of the dishes were rather creative and perhaps to a follower of Buddha and his teaching or an Asian born local, they must have been perfectly average, but to someone like me with sadly - a limited culinary pallet - everything seemed rather exotic. The aromas alone were unique to my senses. 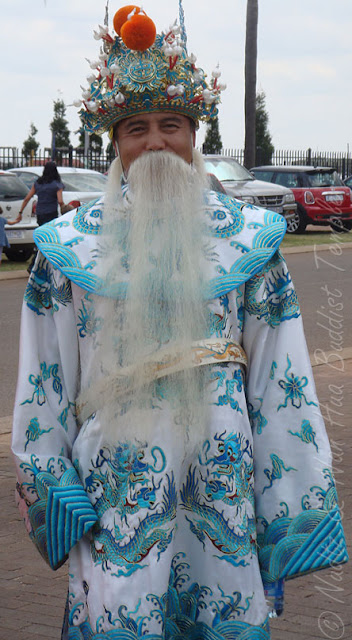 As seen here, in my world I'd call this Cosplay and for lack of a better explanation, that's what I'll call it although in this case I'm sure that it was done more as a sign of respect than to win a contest - clearly I am clueless and if there is a next time, I'll be sure to ask what it is all about.

There was plenty going on, more than I had the time to explore or energy to fight the crowds. Although I have never been to China, I am told during celebrations, there are so many people that you cannot go at will - you just have to follow the wave of people. Having experienced the masses, I can only imagine.

There were two shrines one could visit to give prayer. Respectfully, you must remove your shoes before entering the Shrine. As there were many people, there were many shoes scattered about the entrances. The Shrines were peaceful and gave one a sense that there was something greater than yourself. Food for thought brought on by an inner calm.

Symbolism, tradition, ancestral acknowledgement - abundant in everything - from shrines, statues, architecture and a traditional vibe.

What I found fascinating was the imagery in every detail. From shrines to statues and architecture straight out of the history books. Below are some visuals from the venue. 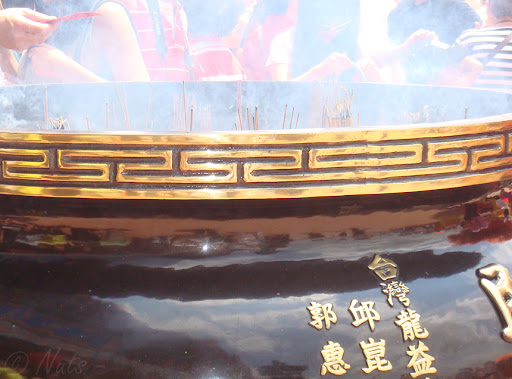 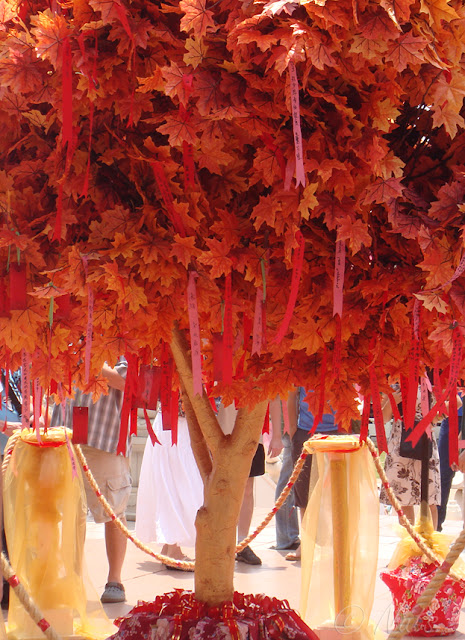 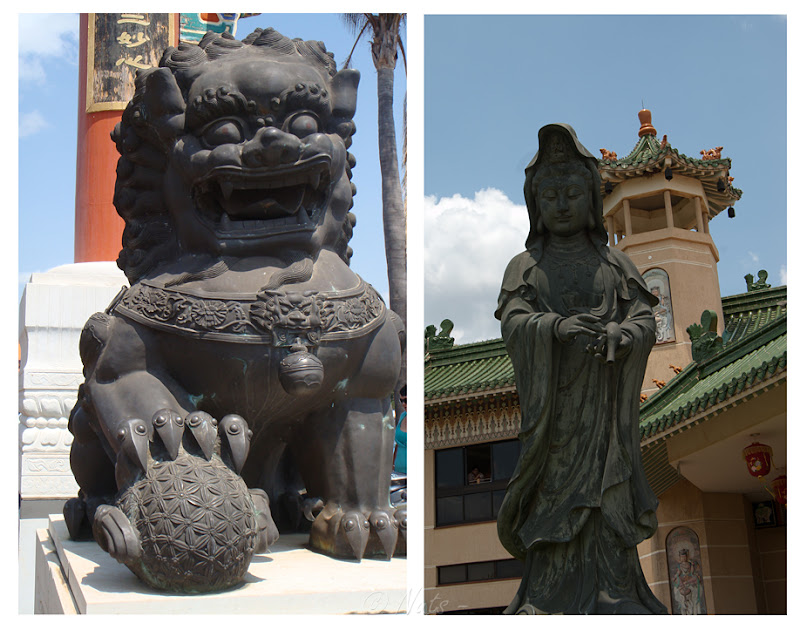 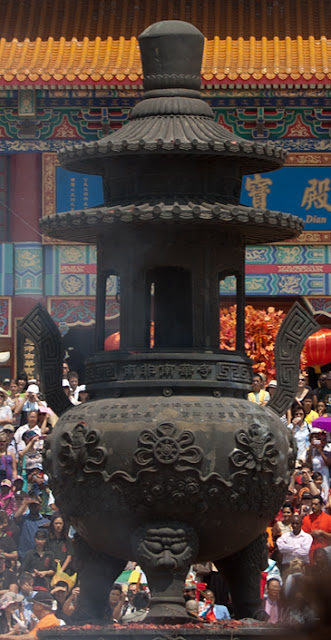 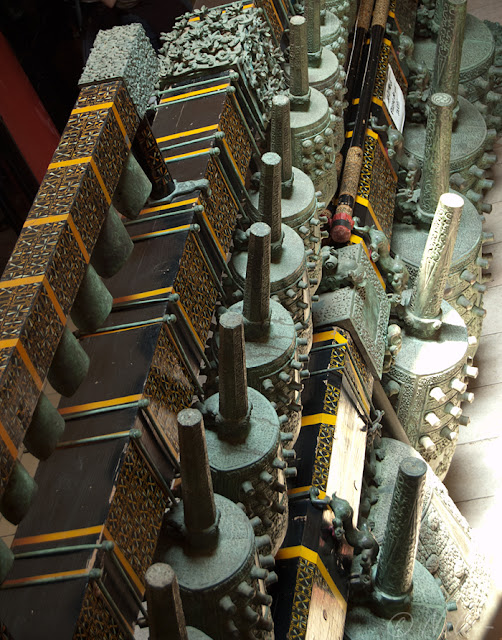 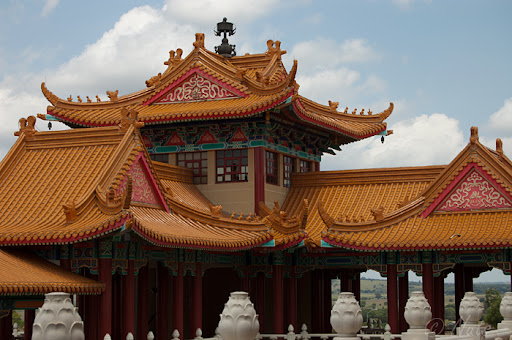 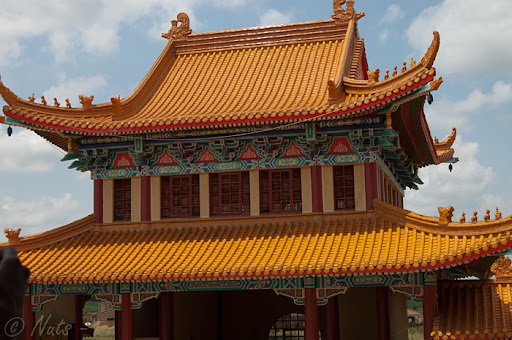 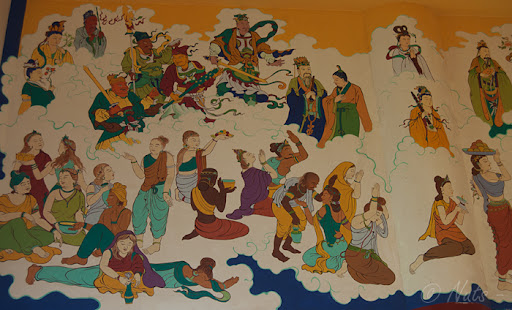 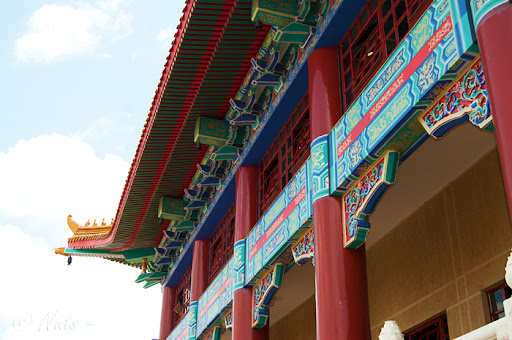 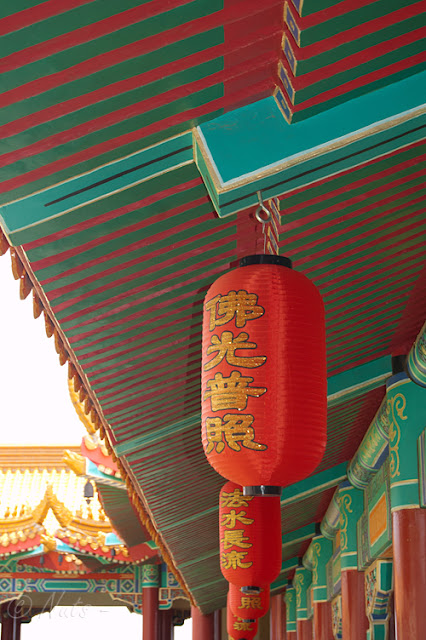 The Nan Hua Buddist Temple is actively in use and also houses a museum which is worth a look. It is open to the public.


A map of the venue: 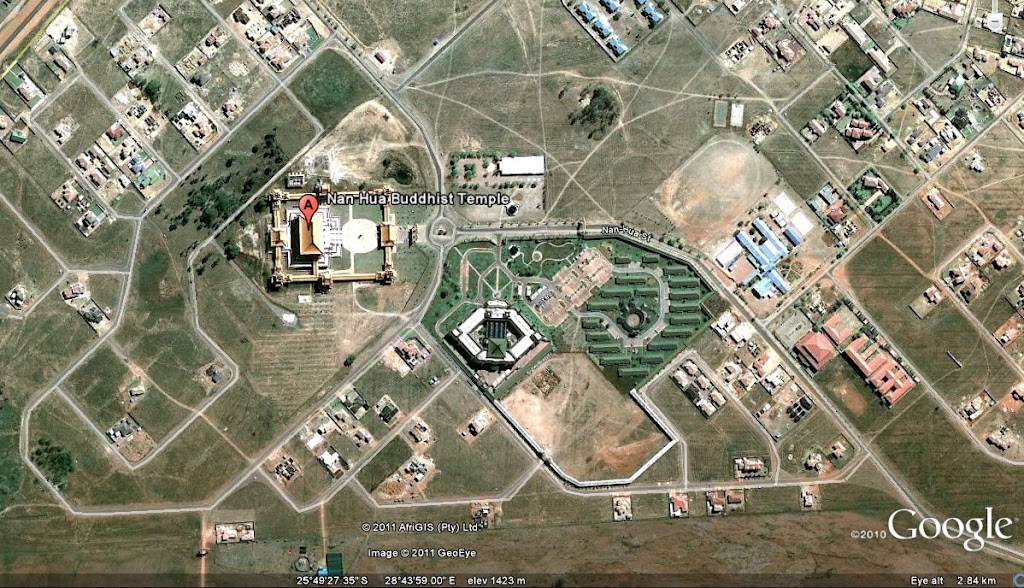 Visit the Nan Hua Temple webiste.
More about the festival.

[This blog post will eventually be archived for the correct date it was written 7 Feb 2011]
Posted by Unknown at 8:30 PM No comments: 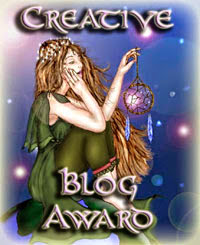